SPEED WAS OF THE ESSENCE ON BRIDGING DEAL

Acting quickly is something Holme Finance Bridging Solutions (HFBS) are well known for, so when they were approached by a Broker to act quickly for a client who had a ten-day completion deadline they put into a motion a funding strategy that would deliver in five days.

After putting in a sealed bid for £73,000 to purchase an investment property the client 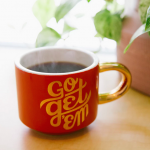 needed to borrow £40,000 towards the purchase price and the estimated £15,000-£20,000 required to convert the one bedroom property into a standard three bedroom terrace house.

Dan Yendall-Collings, senior underwriter at HFBS says: “It was clear to see there was potential in this development as the property next door had been converted in exactly the same way. As it stood the property had one bedroom with living space across one floor over an integral garage on the ground floor. Developing this property into a three bedroom property would produce an expected end value of £180,000. With that return, evidence of it working before, and the fact planning permission wasn’t required, we were happy to fund the project.”

HFBS sent out the offer pack on day one. Visited the property on day three meeting the client and the selling agent to assess current condition and feasibility of works proposed. Funds were released on day five .