Posted in News on 18th February 2020 by Colette Lowe 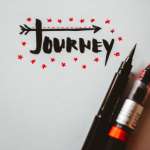