With a reputation for working fast Holme Finance Bridging Solutions were approached by a broker for an urgent bridging loan to redeem an existing bridging loan and raise additional funds to ease business cash flow. 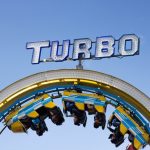 HFBS were approached for a £47,565 to be secured against an investment property. £18,500 was required to repay the existing first charge bridging loan and the remaining funds were used to clear a business cash-flow problem.

Dan Yendall-Collins, senior underwriter at HFBS says: “As this was a first charge and a relatively small advance we could be confident that we could do the deal without the need for a full valuation. Based on comparable evidence and a desk-top valuation, we could see that the security property was clearly going to be worth in excess of £500,000 and so the only delay was getting the redemption figure through from the existing first charge lender.”