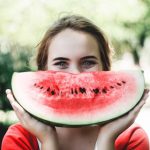 Positioned in one of the most exclusive real estate settings in the UK the development suffered a minor hiccup when the developer’s mortgage lender would not advance further funds to enable completion of the second fix, leaving the developer unable to realise an eventual sale of his investment.

Ian Broadbent, director at HFBS says: “This was a catch twenty two situation for the developer. Most lenders will not lend on a part-developed property which left the developer in a tough position unable to continue. The property had a £750,000 mortgage but was valued after first fix at £2.5 million and estimated value at completion of the second fix and landscaping at £2.8 million.

“We could see the potential, the development went beyond good quality, it was outstanding, the epitome of high-end luxury. It was clear to see the developer was very serious and committed to completing the property, we had no issues supporting his plans and were very happy to advance the loan.”

HFBS approved the £255.895 loan in December ready for when it was required in early February. The final paperwork was signed at the end of January with funds provided during the first week of February on 12 month terms.